In March 2017, many regions in Germany will begin the switch-over to the HD digital terrestrial television format DVB-T2. The new format will impress viewers with 1080p resolution and HEVC encoding, achieving an image quality on par with satellite, cable or IPTV. The technology can be scaled up to 8K and has been developed based on H.264, which is used for HD satellite television (DVB-S2).

DVB-T2 has been in trial operation in urban centres since summer 2016. The next major step – the final switch-over in urban centres – follows in March 2017. After a short parallel phase, DVB-T will then be completely switched off there.

If you prepare for the switch-over and take note of a few things, you won’t have to worry about a black, empty screen.

Do you want to check whether you are affected by the switch-over? If so, use the reception checker: www.dvb-t2hd.com

WHAT IS THE DIFFERENCE BETWEEN DVB-T and DVB-T2?

DVB-T2 represents an improvement on the DVB-T broadcast standard. DVB-T2 allows for significantly higher data rates. This increased data rate will be used in the future to offer a wider range of stations and programmes. It will also allow broadcasters to use highly efficient H.265 compression so that programmes can be broadcast in HD quality.

The benefits of DVB-T2 are also available on mobile devices, whether through a USB stick for your laptop or in your car.

Now and into the future

Expansion to cover all of Germany.

1. A region where you can receive DVB-T terrestrial television programmes 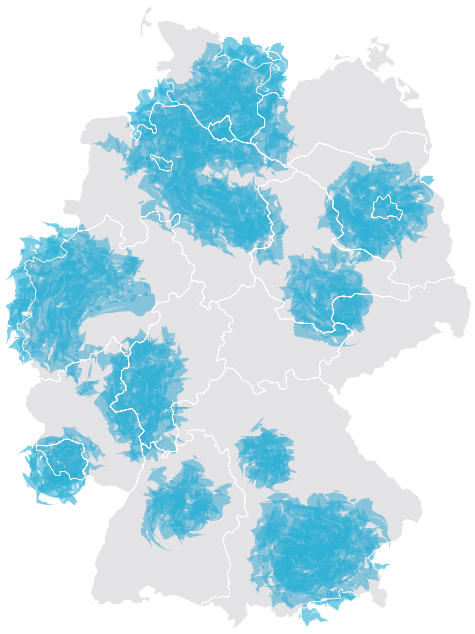 DVB-T2 AT START AND AFTER EXPANSION 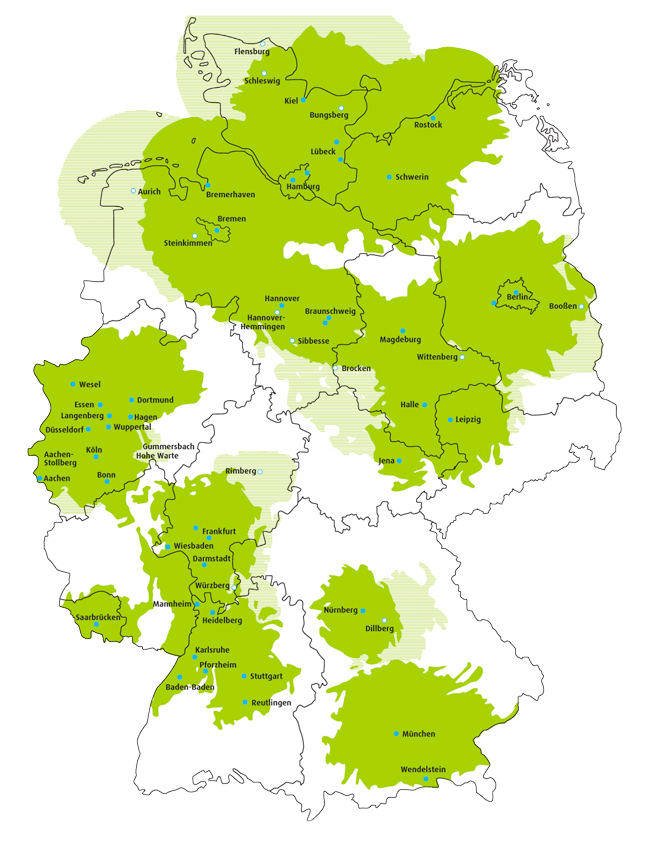 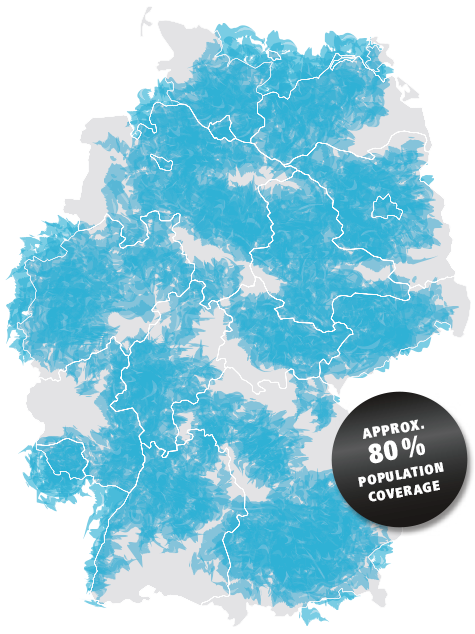 The higher image quality is made possible by the new HEVC/H.265 coding. Compatible devices are labelled with a green DVB-T2 logo.

All our antennas are DVB-T2 compatible. This is indicated by the blue DVB-T2 logo on our products.

ADVANTAGES AT A GLANCE